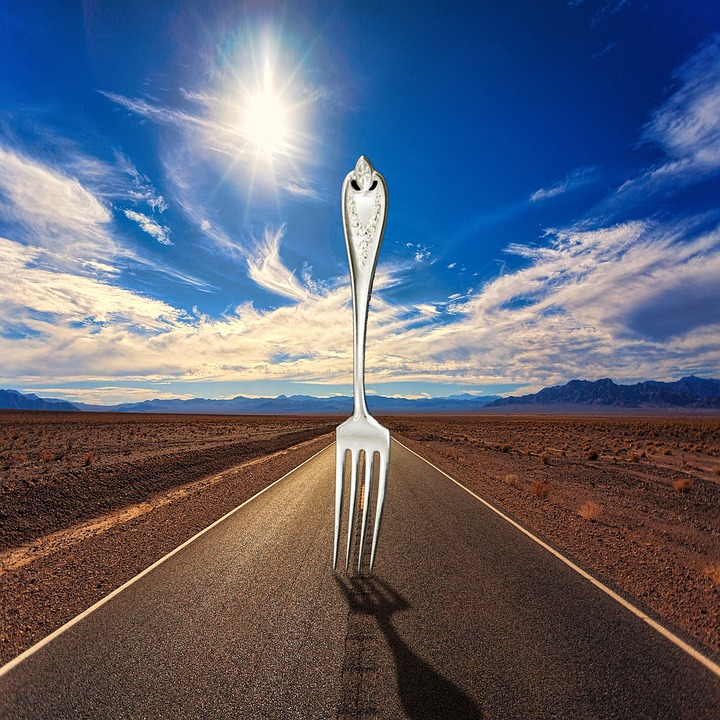 There are several well-known Bitcoin forks and airdrops that you are probably aware of. The most successful being Bitcoin Cash, which is the only likely contender that may overtake Bitcoin Core. Other novelty forks, like Bitcoin Gold or Bitcoin Diamond, still hold their value on exchanges but they may be short-lived.

The ability to create a fork is not too terribly difficult if one has basic programming knowledge and too much free time on their hands. The ease of creating a fork is why there are so many and why most of them get lost in the already saturated altcoin market.

Let’s get to the long list of forks that have remained under the radar:

Very little about this coin is published in English, so it is not yet a widely adopted project. The goal is to shrink the block size down to 600kb with the adoption of Segwit. Various features will be implemented, like side-chain transactions and a new AuxPoW mining algorithm.

Since most of the other precious metal names have been taken up, it was only a matter of time that a Bitcoin Rhodium would have been created. The fork has been rewritten in C# and they claim that new privacy features will be implemented. Since the ration of BTR to BTC is only 0.1, there is a much smaller market cap.

Bitcoin Clashic is not a typo of Bitcoin Classic, but rather a direct competitor to Bitcoin Cash. The block size of this fork has been increased to a massive 8MB to allow for massive on-chain scaling. The project also boasts of having a decentralized development team made up of independent contributors.

BTV has implemented the CryptoNight algorithm to ward against ASIC and FPGA miners. The developers have made many promises, including smart contracts, privacy features, and voting.

Although an offensive name on the surface, BTHOL aims to remove millions of coins to prevent whales from dominating the market. It uses the same PoW SHA256 mining algorithm and coins are evenly distributed to users at a one-to-one ration.

BTT brings the X13 mining algorithm over to Bitcoin. It has increased the block size to reduce network congestion. The addition of privacy features is in the works.

BCI allows miners to share their profits by parking their equity. It will implement the Equihash mining algorithm and Bitcoin Core holders will receive 1:1 upon its launch.

BCK will award BTC users a 1:1 ration of their holdings. Promises of future security and privacy updates have been made.

The project will be awarding 100 WBTC to every BTC so that the coin supply will reach over 2 billion. It retains the same SHA 256 algorithm but it will feature smart contracts in a future update.

Although Pizza has nothing to do with cryptography or fintech, it is delicious and everyone loves it. It uses the Equishash algorithm but the project plans on migrating to Directed Acyclic Graph technology.

Another fork that changes the mining hash to Equihash. There still isn’t much else to the coin but there are promises for privacy features to be added.

BPRO will offer BTC holders a 1:1 ratio to what is in their wallets. It utilizes the X13 PoW hashing algorithm to keep transaction fees low.

OBTC promises to keep transaction fees low and it completely changes the blockchain to a PoS Consensus algorithm.

Users have been allocated free BTD that have registered within a certain time frame. The unclaimed coins will be sold off in a crowd sale. Features include the new PoW X15 hashing algorithm and the possible addition of AI features in the near future.

Another coin that switches to the PoW Equihash algorithm, it expands the market cap by giving 100 BCS to every 1 BTC. There are plans to implement smart contracts, tokens, and a decentralized exchange.

Everybody loves candy, so why shouldn’t everyone want CDY? Aside from its sweet name, it utilizes Bitcoin Cash technology and converts it to the PoW Equihash standard. BCH holders will receive a generous sum of 1,000 CDY per 1 BCH.

As the name implies, the project hopes to be the second best thing to Bitcoin (although unlikely). It takes the old PoW model and now uses the PoS consensus design. It even has the promise of implementing instant transaction confirmations, which is definitely what the original Bitcoin needs.

BN will drastically increase the market cap by allocating 1,000 BN for every Bitcoin. There are plans to implement smart contracts soon after release.

BitcoinTi will continue with the PoW SHA256 algorithm but it promises to make transactions safe without the need for confirmations. The team plans on implementing smart contracts as well.

Abitcoin will be using the same SHA256 algorithm but with features to prevent mining with quantum computers. 100 ABTC will be assigned for every 1 BTC as long as users register within the given time frame. They promise to implement a proof-of-stake system and smart contracts.

BTA is a BTC clone that gives users a 1:1 ration for their held Bitcoins. Much isn’t well known about the project but there is the promise of smart contracts in the works.

This for has been created as an ERC20 token and users may only claim it by sending signed messages. In comparison to Bitcoin, transaction fees are extremely low and it uses GAS for transactions.

In an effort to save wasted electricity from mining, this fork uses the unique Proof of Capacity model. This makes mining more viable for users with low-end hardware and ASIC users are not included. Other privacy and consensus features will be added in the near future.

BTCV has adopted the PoW CryptoNight algorithm to keep mining restricted to CPUs. Not only is 1 BTCV assigned to every Bitcoin holder, but over 2 million additional coins were sold in an ICO.

The total supply of BTN is increased to 2.1 billion, making the 1:1 BTC airdrop seem tiny. Proof-of-stake and AI features are planned to be added.

The project switches to the PoW BTHash algorithm and assigns a generous 100 BTH for every 1 BTC. It has quanta-resistance to make mining fair and there are plans to implement smart contracts.

BCX is an early fork that is still in development. Transactions will be private with their Zero-knowledge proof model.

Bitcoin Uranium will increase miner competitive by significantly speeding up the block halving process and changing the algorithm to PoW Equishash. Every BTC will receive BUM at a 1:1 ratio.

BTCL is another coin that is still in early development. The maximum supply remains the same and privacy features have been mentioned by the developers.

BCCOM will increase the maximum supply significantly and will utilize the PoW Equishash algorithm. As it is still early in development, other details are unknown.

The goal of BTP is to reduce mining costs and significantly reduce transaction fees. The developers have promised to keep fees below 0.05% and transaction times below 10 minutes.

SUDU aims to become fully anonymous with instant transactions, but it is still too early to tell if it is legitimate. Coins will be forked from February 21, 2018.

BTM increases miner rewards and increased the total supply to 28,000,000. There is currently no source code available.

NBC switches to the Crypt hashing algorithm to reduce fees and transaction times. BTC holders will receive 2 NBC for every BTC.

Bitcoin Boy will continue to use the SHA 256 algorithm but with the addition of privacy features and smart contracts. 100 BCB will be given for every 1 BTC.

BIFI uses a PoS system to reduce energy costs used in mining. 1,000 BIFI will be allocated to evert 1 BTC at the time of the fork.

Very little has been announced about this coin, aside from its Moon theme. They claim that the Whitepaper will be released at the Vernal Equinox.

Little has been announced about this coin other the implementation of Dash’s InstantX technology.

BEC retains the same SHA256 algorithm but it will increase the maximum supply. 10,000 BEC will be given for every 1 BTC. Proof of Stake features will be added in the future.

The goal of the project is to keep transaction fees low with a PoW consensus algorithm. 10 BTP will be assigned to every 1 BTC.

BTC holders before February 25 will have to sign a message and create a wallet to receive their shares. The client is written in Java and it uses their own Semux BFT algorithm.

QBTC will implement smart contracts and a Proof of Stake system. Coins will be issued at a 1:1 ratio

This project is an improvement on the Bitcoin Cash codebase and will be airdropped to Bitcoin core users. It aims to lower transaction fees and will have on-chain scalability.

The BTW maximum supply will be increased to an insane 210 billion. To scale with the new supply amount, 10,000 BTW will be airdropped per 1 BTC.

BCW is another fork switching to the PoS consensus model with the promise of smart contract implementation. The total supply will be doubled to 42 million.

BTCS is using the PoS consensus model and gives BTC users a generous airdrop of 100 BTCS per BTC.

Bitcoin Top uses a similar codebase as Bitcoin Diamond, including the PoW X13 algorithm. The block size has been increased to improve transaction times and other features have been planned.

This is actually a fork of the Zclassic codebase and will be airdropped to both BTC and Zclassic users. It will have various privacy features that were found in Zclassic with even more improvements in the future.