Y Combinator and 500 Startups, the best accelerators for startups 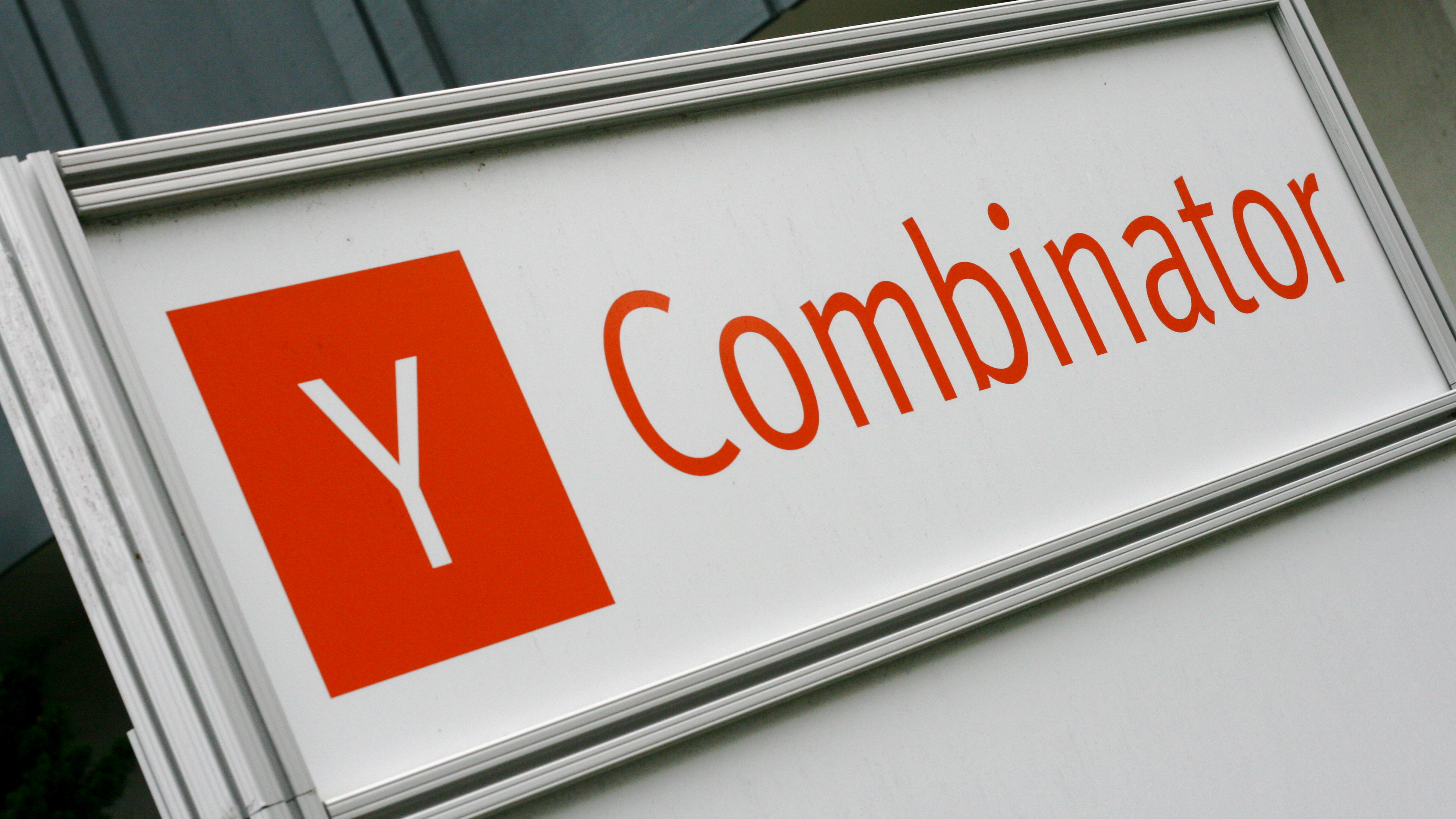 Worldwide entrepreneurs operate in an ecosystem that is often plagued by obstacles that prevent the emergence of their startups and growth beyond the borders of their respective countries. However, it has important partners, such as accelerators, which are increasingly present in the region. And Combinator and 500 startups not only fall into this classification, but are among the best candidates to give your venture the boost it needs.

Before telling you everything about them, we invite you to read our article about what are startup accelerators, so you can get a little bit in context. 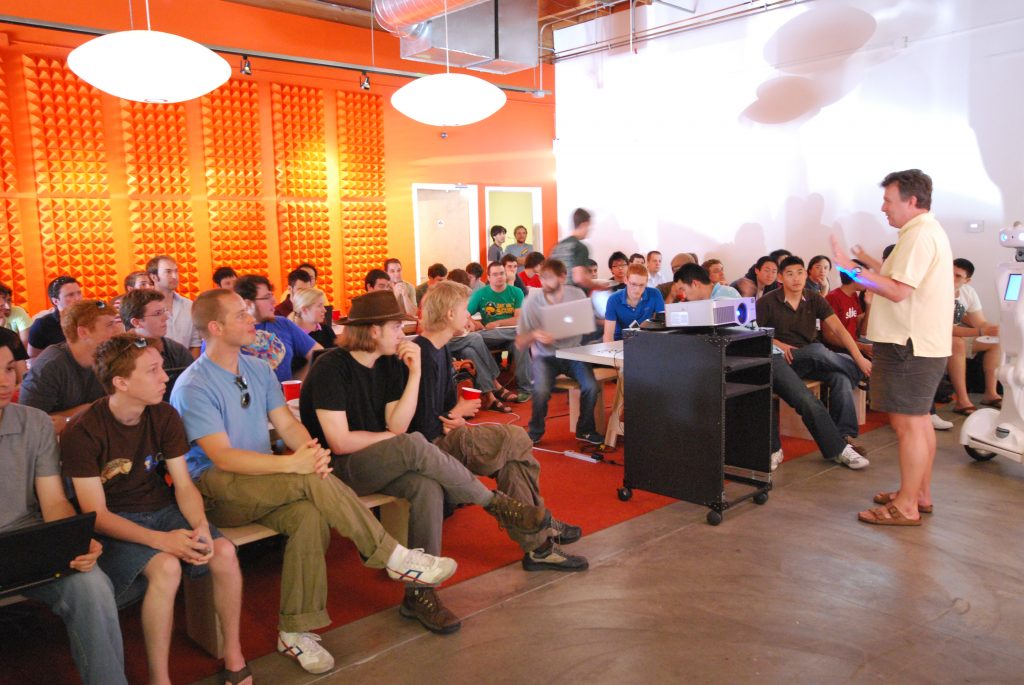 This is perhaps the most famous startup accelerator in the world. In our introductory article, we told you that Y Combinator (YC) was created in 2005 by famous venture capitalist Paul Graham, his wife Jessica Livingston, Robert Morris and Trevor Blackwell.

At first it functioned as an incubator, however, later on it was differentiated thanks to its working model that was executed under the guidance, mentoring and financing system. It is one of the oldest accelerators and is considered by many to be a pioneer in the field. In its portfolio, it has investments in prestigious and recognized companies such as Airbnb, Dropbox, Stripe, Reddit, Twitch, Coinbase, Quora, etc.

In 2013, Paul Graham announced that nonprofit organizations would also be funded with approximately $100,000 and in 2015 the new YC president, Sam Altman, would introduce the YC Scholarship Program to give small incentives to companies that were just starting up or were a prototype. Although several companies were part of this program, in 2016

Altman decided to discontinue it and announced its replacement with a MOOC (Mass Open Online Course), details of which can be found below.

What exactly does the Y Combinator do?

In general, Y Combinator invests twice a year in entrepreneurial companies in the amount of $120,000 in exchange for a 7% stake in the company. These twice a year occur in two periods: from January to March and from June to August. When companies are selected, Y Combinator invites them to move to Silicon Valley for three months, where they will receive first-hand all the information needed to structure themselves in the best possible way. This includes such things as:

YC also gives you the opportunity to attend dinners where you can meet great experts and successful entrepreneurs from Silicon Valley, creating an environment to promote your ideas, hear the experiences of others and receive advice from the best.

This kind of business camp ends with what Y Combinator calls the “Demo Day”, where startups must present their company’s project to a carefully selected audience where they usually find great contacts, investors and anyone else who can become a potential funder or partner.

Like any camp, the experience does not end there. Even though you will receive all this help and funding for three months, once you “graduate”, both the accelerator and the other former “students” keep in touch, forming a giant network of founders that you can turn to at any time during the life of your company.

In short, Y Combinator accompanies you and encourages you to take the first steps. It’s like doing a kind of intensive course where you will get the answer to many of your questions and discover what is the key to take your business to the next level, where you can expand your frontiers or maybe your product/service can be bought by a big company.

According to the accelerator website, usually “this means getting to the point where you have built something impressive enough to raise money on a larger scale. Then we can introduce you to downstream investors, or occasionally even buyers”.

Startup School, the Y Combinator online course that helps you to materialize your entrepreneurial ideas

As indicated above, this project began in replacement of the Y Combinator scholarship and was officially inaugurated in 2017. It was carried out in this way because, as the accelerator comments on its website, they believe that the barrier between people and entrepreneurship is still very high, so they seek to encourage individuals and give more accessibility to the tools to do this through a completely free 10-week online course, i.e., democratizing knowledge. In addition, this way, people can receive help without having to move from their country of origin and allows YC to learn about other initiatives outside the United States. The program is conceived as a small reflection of what is said to companies when they travel to Silicon Valley, and provides resources to those who are not yet entrepreneurs, but want to know how they can achieve it. In its first round the course was a success: applications were more than 13,000 and only 3,000 were admitted.

Currently there are two modalities:

Although you are not assigned tasks, you must send updates on your company. This last option, of course, is for anyone who is already working on a startup or at a very early stage of its creation.

Although the course is not intended as a replacement for Y Combinator, it is one more tool to improve your startup, as well as giving you exposure to it. It can be considered in the future if you decide to apply to the YC.combina classroom program.

Many of YC’s alumni have insisted that a program be created that will continue to support startups once they have secured their first rounds of funding. The accelerator has listened to them and in 2015 launched the YC Continuity investment fund, which is led by renowned entrepreneur Ali Rowghani, former CFO of Pixar and COO of Twitter, and makes investments of up to $50 million. Starting in 2017, this fund will be in charge of supporting the new accelerator program: YC Growth.

In the launch statement, Y Combinator writes, “If we envision Y Combinator as the college degree for new businesses, the YC Growth Program is a graduate school.

The program is therefore specifically created for founding CEOs who have gone through a Series A and whose company has between 50 and 100 employees who are in the early stages of building the company.

If your company is selected, you will have to attend several dinners during 10 weeks where specific topics will be discussed so that your business can scale up, for example: how to manage a team, how you can finance the growth of your startup in an optimal way, how to accelerate the growth and acquisition of users simultaneously, how to develop a marketing and sales approach that allows you to quickly increase your income, etc. The application for the program is completely free and you will only need to invest a minimum of 3 or 4 hours per week (a commitment that is taken very seriously by YC).

The goal of Y Combinator is to increase the number of long-lasting businesses in its accelerator network, as many of the alumni have stated that as their business grows, the support is reduced. So you will not only get advice regarding the stage of your company, but you will also nurture your network, have the opportunity to renew partners and learn how people at your same level have managed to solve problems you may also be going through.

In the year 2018 YC got involved in a small mistake that cost it a big price. When the new batch of Startup School was announced, 15,000 startups were accepted, only to discover hours later that it was a software bug because they had actually been rejected. There was so much discontent - obviously - on the part of those affected that YC made the decision to accept such companies without any restrictions to calm the waters.

This is one of the biggest competitors of Y Combinator and one more alternative for all the entrepreneurs who want to boost their startups outside their borders. It was created in 2010 by entrepreneurs and angel investors Dave McClure and Christine Tsai.

It also provides funding and a network of programs to all startups in their early and more advanced stages. Unlike YC, it has 5 locations: Silicon Valley, Mexico City, Israel, San Francisco and, more recently, Downtown Miami.

Since its creation it has invested in more than 2000 startups, among which are Twilio, 9GAG, Udemy, Talkdesk, Wildfire, SendGrid, Grab, Kudo, etc. The areas in which 500 startups are most interested are: consumer commerce, family technology and education, design, cloud services, international/emerging markets, food technology, mobile and tablet technology, payments and financial services, online video, Bitcoin, advertising technology, IoT, drones and hardware.

In 2020, because of the pandemic, 500 Startups changed the strategy of how they run their operations to do everything remotely and remotely. The companies chosen during this year received an investment of $60,000 each, being part of a specialized program with a duration of 16 weeks that, as in other cases, was going to be mentored by other experts who can help them give a plus to their business.

René Lomelí commented on this decision: “We have designed our acceleration program to increase the probability of success of the companies in which we invest, but above all, to contribute to the professional development of each of its founders. That is one of our main objectives. No matter if the program is face-to-face or remote”

What are the 500 Startup programs?

This program takes place in San Francisco or in Mexico City during 4 months and any entrepreneurial company in the world can apply to enter. It has a cost of $37,500 per participation (deductible from the investment amount, in case you don’t have to pay for it) and it is mainly focused on the growth of startups in their initial stages, so they teach the founders how to build their company oriented towards digital marketing, how to attract potential customers, how to raise funds properly, how to use storytelling, how to create a financial model for their company, among many other aspects.

Unlike the Seed Program, this one focuses on the work of the startup at a much more advanced stage and for companies preparing for a post-seed and pre-A series investment.

The investment is between $100,000 and $250,000 and they charge a fee of between $25,000 and $50,000 depending on where the company is located. Here you will gain knowledge on how to develop strategies to scale up growth and how to take your business model and product to the next level.

According to one of the 500 Startup partners, “normally a company that is trying to do this on its own takes about 12 to 18 months to achieve, we try to do it in 3”.

If you want to apply to 500 Startups you can go to this link where you can get the form for both the Seed Program and the Series A. Remember that you can apply for San Francisco or Mexico City. We also leave you a video, again courtesy of Platzi, where one of the partners of 500 Startups explains in detail how you can enter the programs.