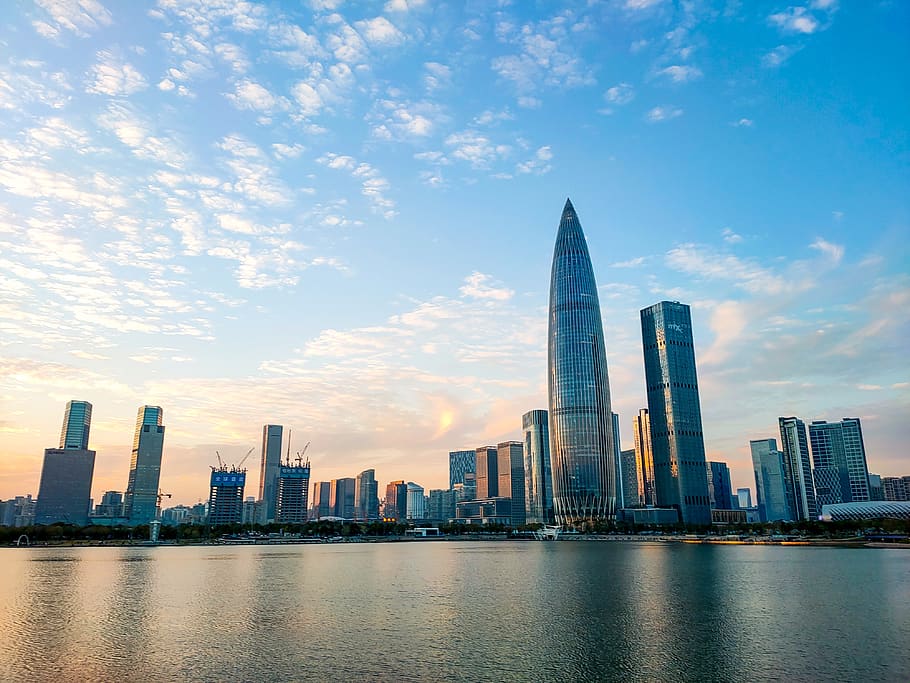 Shenzhen is now the third most prosperous city in China and is arguably the most livable. It is a success story of how a poor fishing village had overtaken the GDP of even Hong Kong or Singapore. If you use a modern phone or computer, it likely has components manufactured in Shenzhen.

With its projected growth, it seems that it can become wealthier than Shanghai or Beijing combined. On the other hand, critics believe that this is indicative of a bubble ready to burst.

With both the rise of private enterprise and government subsidies in this particular trade region, the brightest minds of China are flocking to Shenzhen to take place the countries rise in innovation. That extends from private startups on shoestring budgets to multi-billion-dollar unicorn companies that dwarf even American corporations. Foreign money is also invited to the party, helping large companies balloon up to previously inconceivable net-worths.

Here are the top Shenzhen-based companies to watch:
• Tencent -- This social media conglomerate has a new headquarters in Shenzhen with a capacity of 10,000 employees.
• OnePlus -- A Shenzhen-based, cellphone and accessory manufacturer that ships worldwide.
• WeBank -- The first digital-only bank from Shenzhen. China is transitioning to a paperless society, making WeBank's future a promising one.
• Build Your Dreams (BYD) -- This company alone supplies most of the world's rechargeable batteries and device chargers.
• Baidu -- The "Google of China" is the most prominent company in China and has major offices in Shenzhen.
• Huawei -- The third-largest smartphone manufacturer in the world keeps their headquarters in Shenzhen. Their massive compound includes their financial, manufacturing, research, and academic operations with over 60,000 employees.
• Alibaba -- This e-commerce giant continues to collaborate with the local government to create "smart manufacturing" zones. Local startups are also likely to use one of Alibaba's many e-commerce outlets to open their services to international clients.

Simultaneously, this area is starting to overheat with competition that some companies are tempted to leave. Cheaper regions, like Dongguan, are inviting manufacturing companies away from Shenzhen with lower taxes and labor. While it may only be a slight drain to the economy, more significant issues are looming over the future of Shenzhen.

Until recently, Shenzhen was considered a low-cost, developing city with sub-$200 apartments and cheap noodle vendors in the street. That image is now further from reality as you need a minimum of $1,000 to rent a studio apartment within the city. Office space is also steep at $140 per square foot minimum, making it more expensive than Shanghai or Tokyo.

Shenzhen was a poor fishing village until the Communist Party decided to declare it a Special Economic Zone (SEZ) in the 1980s. That allowed a free trade economy to exist in this small bubble and attracted foreign investment and the transformation of the city into a tech hub. As a large percentage of the world's electronics got manufactured here, locals lived relatively prosperous lives.

In 2012, the Communist Party of China Central Committee decided that Shenzhen needed further reforms to keep the city's economy competitive. The committee had called for the city to become a new "Silicon Valley" and declared that it be the country's hub for technological research and development. It was not long before both public and private money poured into the area, leading mass worker immigration to the current rent bubble that rivals the actual Silicon Valley.

According to the China Labor Bulletin, the typical wage of a Foxconn line works is only around 4,000 RMB per month. With such a low wage and high rent, the working class gets stuck in communities known as "woshoulou," or hand-shake buildings. The name comes from living spaces are so small that you can practically shake hands with your neighbors.

The government further exacerbates the situation with its desire to combine surrounding urban areas into a megacity known as the Greater Bay Area. This plan includes the incorporation of Guangzhou, Hong Kong, Shenzhen and even some distant cities within the province. Public funding will continue to fuel urbanization projects and a large-scale railway. While it may seem like a bright future, such an enormous undertaking could get misdirected into a disaster.

The Great Firewall of China

China has a vast market for internet-based companies, with many in Shenzhen, and it dwarfs even the English-speaking part of the internet. Unfortunately, as China controls the flow of information using one of the most sophisticated censorship platforms (the Great Firewall), this market is profoundly isolated. Google founder Eric Schmidt believes that the internet will fundamentally diverge into two parts, with China leading one and the United States leading the other.

The country is also notorious for suddenly kicking out international internet companies favoring local, government-approved copycats. With Google Twitter, and Facebook out of the picture, Baidu and Tencent monopolize on the information market. Uber was also raided and booted from the country, leading to Didi Chuxing taking over the ride-share niche. This sort of crony capitalism would not be possible without the Great Firewall.

Aside from censorship via the technical side of things, the government also pays shills to spread disinformation on the internet. Known as the 50 Cent Army, they will create online discussion to tarnish the reputation of companies, individuals, or governments seen as threats by the Communist Party. Locally hosted internet companies also obligated to censor their users, which is taxing on Chinese startups.

It is not possible for individuals or companies to own land as private property in China. Instead, they must obtain land-use rights which get allocated for up to 70 years.  People may sell these land-use rights in the free market, but the government lease will not get renewed. All property in China will eventually return to the government, which will decide what will become of it.

Because of this policy, private developers create rushed and poorly constructed projects to turn a quick profit. According to China Daily, most of Shenzhen's 7 million rental properties are built illegally and often ignore safety standards.

Since Westerners are accustomed to fundamental property rights, there isn't much appeal for foreigners to come in and develop things further. Multi-billion-dollar Chinese corporations are likely to have friends in high places, allowing them to wiggle through the cracks of the government's bureaucracy to protect their investments.

Many signs are pointing towards Shenzhen's tech economy is in a bubble. The most prominent symptoms are the over-valued real estate market and the volatility of most startup companies. As Silicon Valley (or even Austin, Texas) is mostly a product of laissez-faire capitalism, the growth of successful companies mainly had been organic.

Of course, if China faces overdue social change (such as the abolishment of their one-party system or improved property rights), it may open up as an international tech hub that outshines the rest. If such a transition does not take place, the Greater Bay Area will be locked into the domestic market while Silicon Valley absorbs companies from all over the world.

Haptic: An app to track your online habits in one timeline