What Happened to GIGAOM? 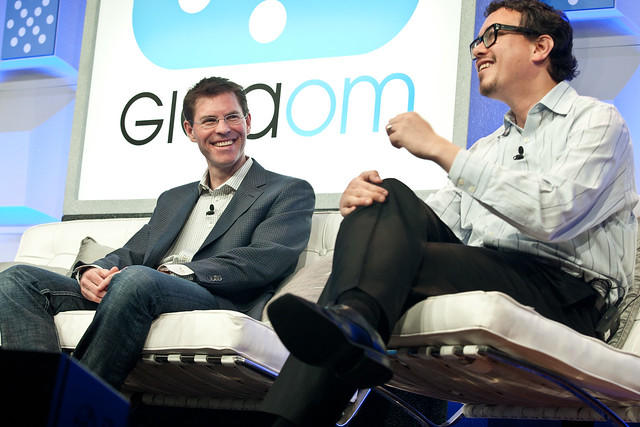 No one can ever accurately imagine the magnitude of shock that rang through the vastness of cyberspace when GIGAOM declared that it was shutting down. There was no prior warning or hint that this globally respected technology and date & analytical guru that held the highest seat on all things in the field of IT research, business, and marketing was anywhere near finished.

GIGAOM’s short and less-than-sweet announcement sent many from both in and around the tech connoisseur circle to take to social media platforms with their typing fingers at maximum speed.

GIGAOM is essentially a company that started as a blog-style technology review website in 2006. Slowly, it began garnering the respect of tech companies and product reviewers online for their extensive research and analysis, and the attention they paid to quality and detail they provided to customers and partners.

Over the years, it has worked with and provided their services to a large pool of competitive tech companies such as Intel, Microsoft, Dell, Hitachi, Samsung, and Anodot. So, it was slated only to keep on growing as a global authority on news, analysis, and information, and introducing all sorts of upcoming innovative technology.

What made GIGAOM Shut Down?

No one can really say that there was one reason that could have caused this giant new tech and data analytics company to crash. But here is a list of popular speculations that made their way around the online circuit on why this Company that seemed only to have a future filled with optimistic upward projectiles crashed so badly:

GIGA without the OM

Many of the speculations include that one of the main reasons why GIGAOM fell so badly from a good place is due to the fact that its founder Om Malik had left the Company in 2014, in full confidence that it could assuredly survive independently without him. But this left many feeling that GIGAOM was left relatively vulnerable without its founder CEO at the helms. What didn’t make anyone feel better was the fact that the crashing of the Company happened soon after a new CEO was appointed after Paul Walborsky in 2015.

Holding events like GIGAOM Structure and GIGAOM Roadmap would rightly strain the Company’s resources to concentrate solely on generating good business, sales, and management. This would lead any Company down the path of being exhausted and tapped out. Faulty Revenue Model

Any company that wants to survive and keep providing services has to look into a good plan to maintain cash flow.

GIGAOM made sure that their website stayed clear from the overwhelming nausea of online ruses like pop-up ads, paid viewership, and click bait articles. It was known for keeping its online platform professional with only quality-based content and information. So it turned to strategies such as a paid subscription form of revenue generation, advertised and sold access to their VIP events and conferences, and also provided a hub where the services of IT experts and analysts could be bought.

In addition, the Company got into venture capital (VC) funding. Many within the tech industry largely blame this system as the main culprit, as this system of financial backing leads companies to run after inflated demands of creditors rather than the company’s own personal growth and creative direction.

Thus, VC funding was seen as a chink in GIGAOM’s structure that ultimately led to it having to grapple with creditors. The withholding of the Company’s assets against it was revealed as the main problem in March 2015 when GIGAOM declared that all functions had come to a complete halt.

GIGAOM’s website has been back online and even returned to uploading content since the Company’s big bad news. But the entire shutdown led to significant changes such as the handover of GIGAOM to a company called KNOWINGLY CORP. and the separation as well as reformation of the GIGAOM conference, STRUCTURE into a separate entity.

The tech analytic world was, but an obscure band of names before GIGAOM came into the picture. But now, even with the Company back in action, without the original IT connoisseurs and content, the brand atmosphere that GIGAOM once brought to the scene will never be the same.