This is what BUZZ, Volkswagen's autonomous van, will look like 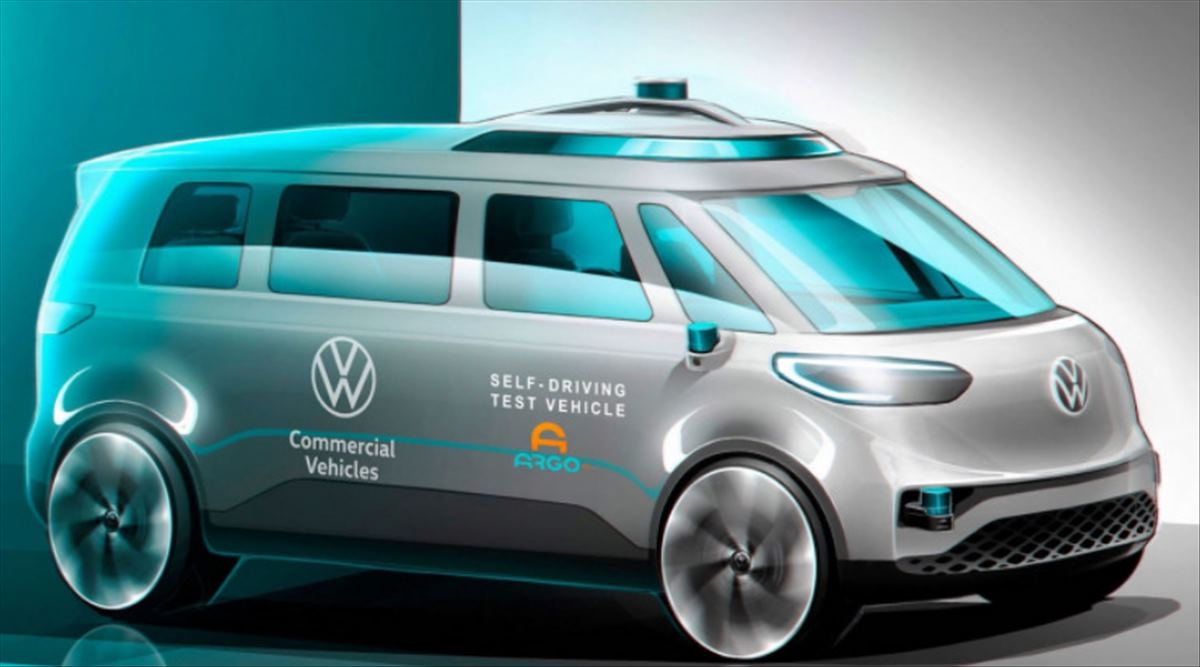 Volkswagen announced a few days ago that the all-electric van BUZZ will begin production in 2022, and its autonomous version would reach the roads only a few years later, in 2025.

BUZZ will be the company’s first vehicle to drive autonomously as well, and to achieve the goal it will start field tests in Germany this year, using Argo AI’s autonomous driving system.

Argo AI is a company that specializes in creating software platforms for autonomous driving, in which VW and Ford have partnered to invest equally.

The goal of this vehicle is to have an autonomous driving system that will increase ridesharing services, offering robo-taxi and van services, as well as increase safety on the roads. They are sure that by the middle of this decade we will have the opportunity to be driven to our destinations in selected cities with autonomous vehicles, but they have not yet specified which cities we are talking about.

The van has a range of 600 km per charge and has Augmented Reality on its front windshield that guides drivers, along with navigation system information displayed directly on the road in front of them.

Each driver will have a personal user ID, which saves all their favorite settings from their favorite music playlist to their seat adjustment settings.

On top of that, there is a touchscreen steering wheel and a system that allows the seating arrangement to be changed at will in the rear.