Spain's economy may be the worst in the EU after the pandemic, says economists 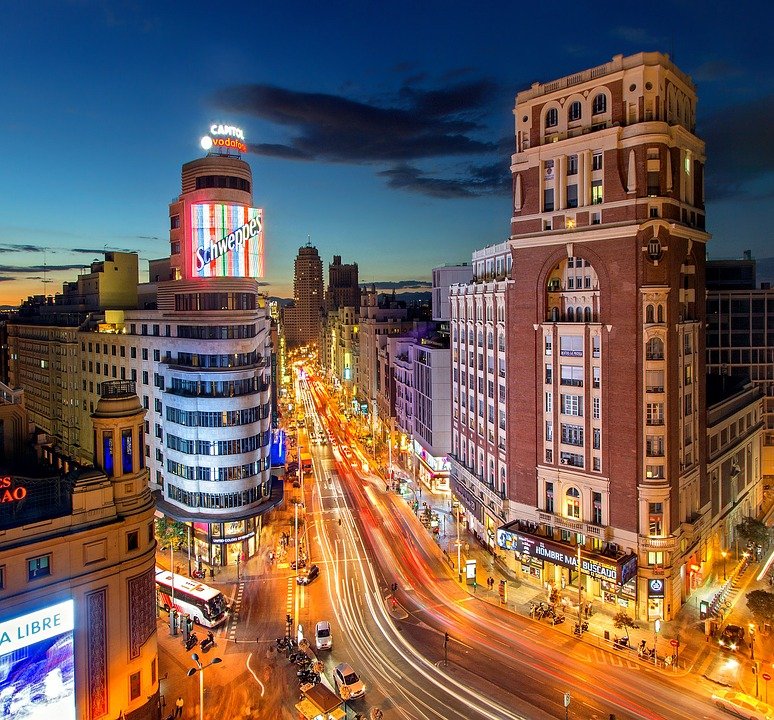 “Spain has a worrying recovery forecast with respect to the rest of the countries of the European Union and, economically, we are among the worst in Europe”, said this Wednesday the economist José María Gay de Liébana in the presentation of the Financial Observatory “January 2021 Report” (relating to the third four-month period of 2020) of the General Council of Economists, CGE, which took place virtually.

Gay de Liébana presented some of the challenges and difficulties of the economic situation in Spain, Europe and the world in general, pointing to “a year with many uncertainties, a recovery in 2022 or 2023 and a great limit to our future growth potential”.

However, although uncertainty is still at its height and the fall in GDP in the first quarter will be negative, the CGE maintained that the Spanish economy will grow by 5.5% and estimates a rebound of 4.8%.

Together with the economist José María Gay de Liébana, the president of the Council, Valentín Pich, the president of the Financial Commission of the CGE, Antonio Pedraza, and the coordinators of the observatory, Montserrat Casanovas and Salustiano Velo, were present. All of them provided relevant data on the Spanish economy, with special emphasis on the dangerous consequences of the outbreaks of the virus on both internal and external economic recovery.

The results highlighted were that the deficit will be around 9.4% of GDP and public debt will rise to 121% of GDP in 2021 and 122% in 2022. Data that, according to Gay de Liébana, “if the Spanish economic system is not transformed, economic recovery will be difficult or almost impossible”. Along the same lines, Pedraza warned that “the structural deficit could exceed 6%”.

The CGE stressed “the transposition of the insolvency directive, as it could offer an ‘ideal’ regulatory framework to promote the restructuring of viable companies and liquidate the unviable ones under the best conditions, minimizing the harmful collateral effects of the increase in debt on the business fabric”.

Doubts remain high as to whether the EU funds will have an impact, and it is feared that some sectors will be “very damaged” by the crisis, among which are tourism, the hotel and catering industry and, in relation to these, services, which account for 78% of the employment of the Spanish productive fabric.

Gay de Liébana questioned whether “the funds will meet the requirements and that the impact will be minimal”. This was supported by Pedraza, while Pich bet on “optimism”. Pedraza insisted on the loss of more than 100,000 companies with an increasing forecast in the “highly capitalized” business environment. This, added to the unresponsiveness of banks in granting credit, may complicate the recovery.

The dependence on these sectors makes recovery difficult during this year due to the closing of borders, the limitation of activity and social distancing. Pedraza insisted that “emphasis must be placed on the service sector, since tourism has lost eight points in its contribution to the GDP, which has a great influence on Spanish growth”. This Spanish productive model, based on the tourist industry, to the capillarity of small companies and, on the other hand, to the self-employed.

The economy of Spain

Debt, deficit and pensions are the vulnerability of our productive system. All these are the cause of the highest unemployment rate in the Euro zone and the rest of Europe, doubling the figures in the results.

The substantial 11% drop in GDP in 2020, due to the health situation and the repercussions on the economic outlook, led to a “slight growth of 0.4% in the fourth quarter”. Likewise, after the third wave resurgences, “a flat growth or even higher GDP drop” is not ruled out, Pedraza highlighted. This is due to the stoppage of business activity due to the confinements and the slow vaccination. Velo also blamed it on “the fact that aid in some sectors has been lower due to the high debt”.

Casasnovas pointed out that the stock markets have behaved differently between the different American, European and Asian markets. He stressed that “the negative effect of the pandemic on the European stock market has produced a fall of 15.5% in the Ibex”.

Pedraza also pointed out some relevant and worrying aspects that are expected for this year. He highlighted the end of the mortgage, credit and insolvency moratorium and the ERTEs that are “representing a very important bottleneck that is difficult to solve”. Likewise, a “complicated” second half of the year is expected due to the delayed herd immunity. “If we do not reach June with the majority of the population vaccinated, the recovery of tourism and, therefore, services will be truncated,” he endorses. Economists believe that the recovery will not be until “2022 or 2023”.

As Gay de Liébana and Pedraza pointed out regarding a “complex” first quarter of 2021, Velo reiterated that “if mobility begins and the health field improves, the second half of the year could be more interesting”.

Regarding the world economy, Gay de Liébana pointed to China’s growth of 2.3% with a forecast of 8.1% in 2021 making it the current economic powerhouse leaving the United States in second position. Although the closing deficit of -3.5% of GDP is negative at the global level, “it is softer than expected”.

2021 marks the global economic recovery for most countries where emerging economies will continue to advance and advanced economies will have a harder time catching up. All in all, a slowdown is expected in which the euro zone will be the hardest hit, along with the United Kingdom.

Electrostatic Disinfection May Be How Small Businesses Survive the New Normal
0x Labs, the startup behind the 0x exchange protocol and a provider of decentralized exchange infrastructure, raises $15M Series A