The success of the social network fuels the buying and selling of .club domains 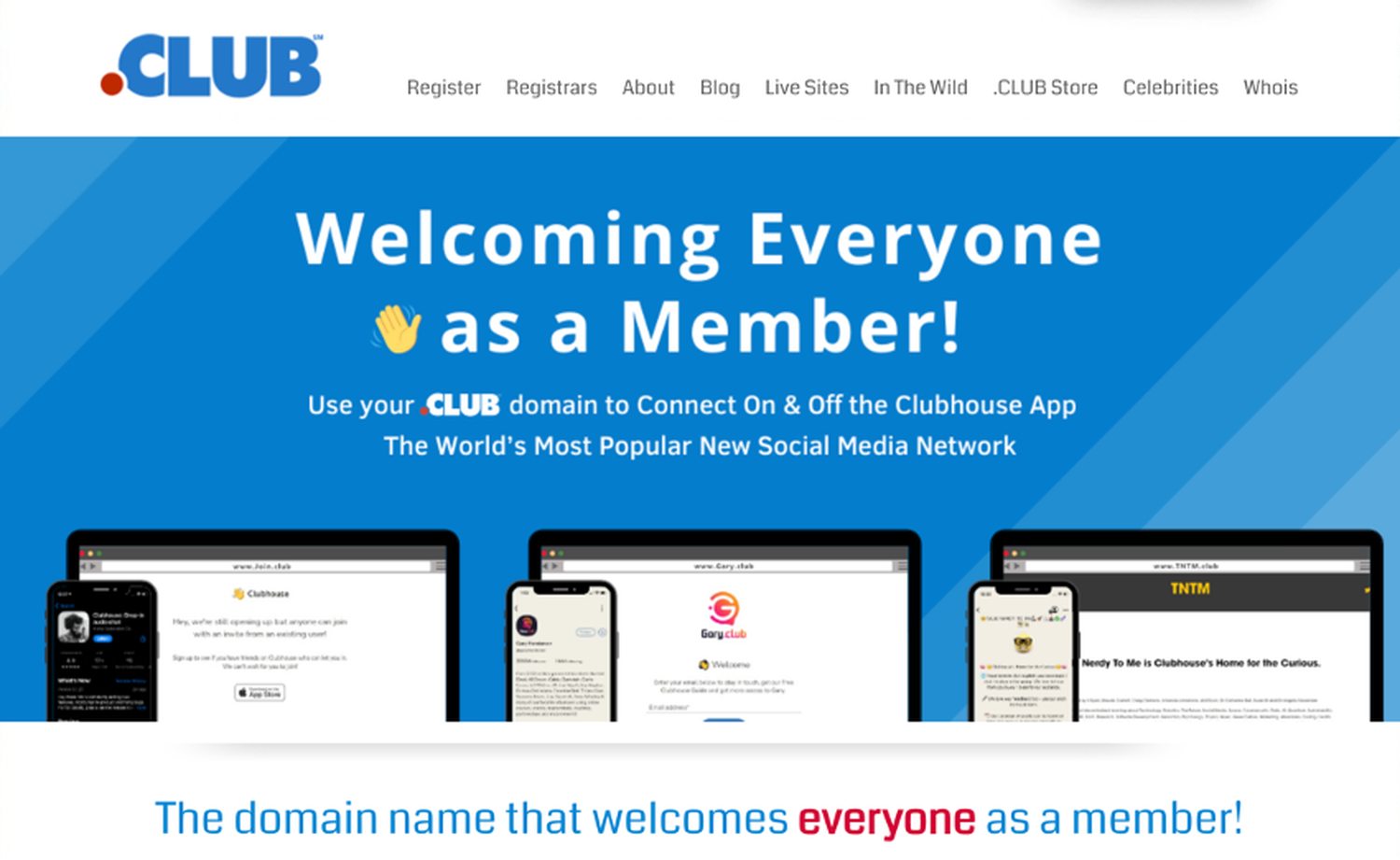 Jason Steinhauer arrived at Clubhouse in August of last year, when the audio social network was populated by a few thousand users. “In the early days, I was surprised by the appetite for historical knowledge in the conversations I was joining,” he recalls. This discovery led him to found the platform’s first history-focused club, History Club, which now amasses 30,000 followers and brings together hundreds of people in its weekly chats. Less than a month after landing on this forum, Steinhauer spoke to one of the early investors in the app - which has now surpassed $100 million in funding: “He told me that Clubhouse had the potential to become a much bigger platform and encouraged me to expand History Club.” The next day he bought a domain: historyclub.club.

The extension of his page is particularly appropriate for this social network, where users can group into thematic clubs from which to organize their conversations: the famous The Good Time Show, which had Elon Musk as a guest, is at thegoodtimeshow.club; the lullaby community uses Lullaby.club, the technology trends forum Talk Nerdy To Me is at TNTM.club, the conversation aggregator YoYo is at yoyo.club… Even the application itself uses the join.club domain as an entry point for new users. It’s a serendipitous affinity that for CLUB Domains, the U.S.-based company that has managed this extension since its inception in 2014, could be a lottery. “The only way to describe it is absolute pandemonium,” celebrated Colin Campbell, founder of the company, in a tweet posted last January 16, after breaking a record for sales and registrations. In the same thread, the entrepreneur admitted not knowing the reason, but pointed to the existence of “a new social network called Clubhouse”. Now the corporate website is a tribute to the platform: “Use your .club domain to connect to and disconnect from the Clubhouse app, the world’s hottest new social network,” it proclaims.

On the day of the “pandemonium,” Campbell reported 7,401 registrations and 469 premium sales in 24 hours. The former involve the creation of previously non-existent websites for which you pay around 15 euros per year without a bid. In the premium category are domains of special interest - short and keyword-driven - that have been reserved by registrars or previously bought by investors in the hope of selling them at a higher price. On January 31, the premium domain chess.club sold for $8,000 on GoDaddy. If we wanted to buy privacy.club we would have to shell out more than 1,600 euros. “I wouldn’t have considered paying that much,” Steinhauer says.

From IONOS, a domain registrar with an international presence, they confirm the growing popularity of the extension: between December 2020 and January 2021, registrations have increased by 80% and the pace is maintained for February. “We are seeing a substantial increase in searches for the term club and, in line with this, an increase in registrations of more than 70% month on month. This leads us to believe that the increase in active users will significantly improve the visibility of .club,” explains Ulrich Retzlaff, domain expert at IONOS.