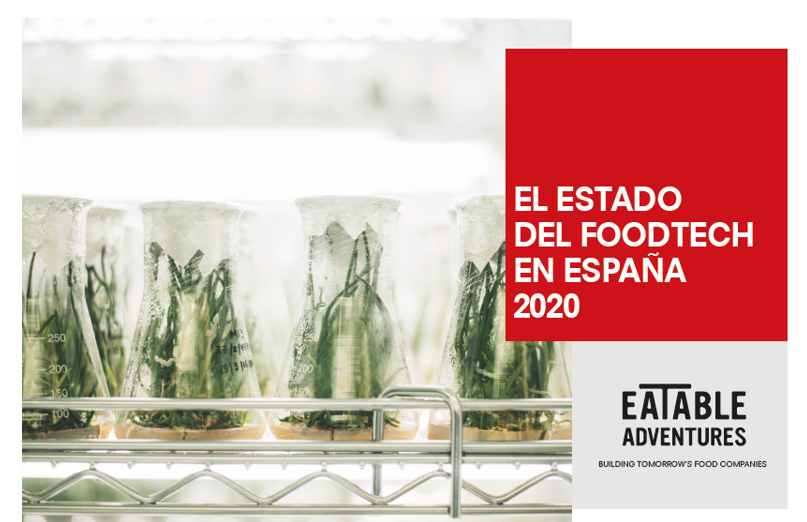 In Spain there are about 400 startups in the food industry or foodtech. Our ecosystem in this area competes in volume with that of France or the United Kingdom. For the first time, a study by EaTable Adventures analyses the state of innovative companies in the industry renamed agrifoodtech. Our start-ups are strong in food production and distribution, and lack access to public support or acceleration programs. Investment seems to be consolidating, despite its uneven distribution.

This is the picture taken by the initiative led by José Luis Cabañero, dedicated to boosting the food and beverage industry. And he has presented his third support program for startups, the Spain Foodtech Startups Program, the first in the specific foodtech sector that includes all segments of the value chain.

The Spanish foodtech ecosystem is very young (60% of startups are under three years old), although the average age of its teams, which are almost always small, is around 38. The client as a center and the demand for food by the population, which the UN estimates at 9.7 billion in 2050, are global trends. And the center of innovation in this sector, which is “a great opportunity for our country,” says Cabañero.

The report has analyzed for the first time in the country the distribution of startups along the agrifood value chain. It is striking that our foodtech companies have become strong in food production and transformation (39%) and in logistics, distribution and retail (29%). In pure agriculture or agritech and in technology applied to catering or restech), the representation is notably lower (with 17% and 15% of startups, respectively).

The study also identifies the subcategories or areas in which most startups specialize in each segment of the chain. Automation and new indoor or vertical cultivation techniques are consolidating the most agricultural part. The products made with new ingredients and new sources of production (alternative proteins, vegan products) represent 70% of the activity in the productive area.

On the other hand, the new channels of direct sales to the consumer capitalize the retail (90%). In the restoration there is not a practice that stands out, but the platforms of management (22%), and the robotization, the models to domicile or the cloud kitchen are habitual (18%).

On the other hand, the survey has analyzed the technological component, key in every startup. In Spain, 64% of foodtech companies develop their technology within the company itself and more than a third have patents. Something that contrasts with ecosystems such as the Israeli or the Dutch, where the weight of the university for this process is greater. Biotechnology, Artificial Intelligence or IoT (Internet of Things) are the most applied.

65% of the companies asked by EaTable Adventures think that research centers “play an important role” in the development of startups in the agrifoodtech sector. Furthermore, they do not see access to public aid as “simple” (72%), nor do they see universities as “a source of startup generation” (61%). Nevertheless, they applaud the mission of the media and bet on the international investor.

In the latter case, foodtech is a “growing” sector, says the report. According to AgFunder, in 2019 it received a global investment of 19.8 billion dollars. And, for the first time since 2016, it no longer focused on home delivery, but on the production and processing of food, especially alternative proteins (Beyond Meat). In Spain we receive slightly less investment than other countries (649 million), but the forecasts are good.

It should be borne in mind that almost eight out of every ten foodtechs in Spain are in the early stages of investment (pre-seed or seed). And it is also necessary to attend to the Glovo effect, which has monopolized 65% of all this investment last year. Without counting it, the Spanish foodtech industry expects to go from 45 million euros in 2019 to 131 million in 2021.

Another of the levers that agrifood startups identify to boost the sector are incubation, acceleration and scale up programs, as well as internationalization. In response to this market need, EaTable Adventures has started this November the first program to develop new agrifoodtech companies.

Spain FoodTech Startups Program also has the technological support of the National Center of Technology and Food Safety (CNTA) and institutions such as ICEX and Food for Life. Six chosen (Cocuus, H2hydroponics, Innomy, Moa, Proppos and Whatthefood) out of 170 candidates, will spend six months with financial support (500,000 ? investment) and a personalized work plan.

They will work in areas such as technological development and intellectual property protection, access to global markets, product or service improvement and financial plan, among others. CNTA’s technological support seeks above all to combat the lack of collaboration between startups and technology centers. And also “to position Spain at a global level with a strong agrifoodtech”, says Mila Valcárcel, partner of EaTable Adventures.

Yahoo Is Now Charging for Automatic Email Forwarding
Spain, with some 400 Foodtech startups, is one of the most powerful in the sector worldwide