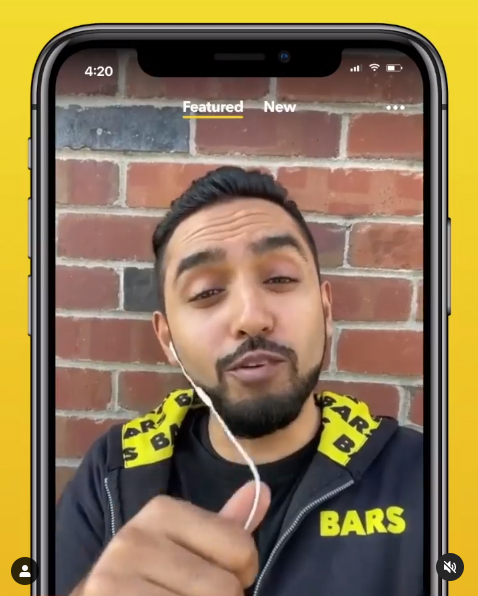 Facebook continues to bet on video content and also on music. The internal Research and Development group of the company founded by Mark Zuckerberg has just launched an experimental app that will allow users to create rap songs based on professionally created rhythms.

With this new app, called BARS, users will be able to publish and share videos making rhymes on pre-recorded tracks provided by the platform.

But it is not only an app to create videos, it will also allow to join challenges, where rappers will be able to find a series of suggested words to create their own lyrics, as explained by TechCrunch.

Videos will be up to 60 seconds long and can be saved to the app or shared on other social networks.

DJ Iyler, a member of Facebook’s NPE team, in charge of the company’s R&D, explained in statements reported by TechCrunch that the coronavirus pandemic played a very important role in the development of this app, since concerts and places where rappers could experiment were cancelled.

At the moment, this is a beta release, but BARS is expected to be available to everyone soon.

What is clear is that Facebook continues to bet on video content and also on those short videos following the fashion implemented by TikTok that is sweeping.

In fact, TikTok has become a launching pad for new musicians, including rappers, who have been able to share their music with followers.

BARS then follows the TikTok model in this regard, but also in the format of the videos, as it is vertical videos that can be viewed in two different tabs, featured and new, something a bit different from what its rival offers.

It is also similar in the way it presents the videos, since BARS places the participation buttons in the lower right corner of the screen with the name of the creator in the lower left, just like TikTok.

However, not everything is the same, since instead of using a heart emoticon to indicate that you have liked a video, this functionality will be added with a fire emoticon.