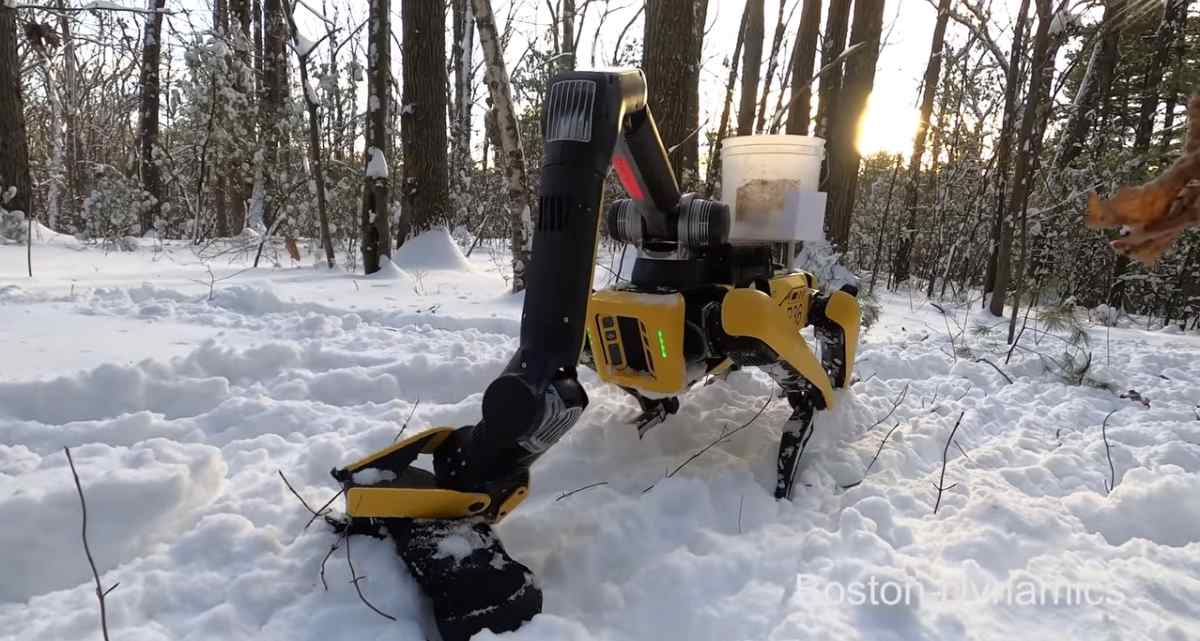 Boston Dynamics, the well-known company specialized in robotics, now in the hands of Hyundai, will not stop surprising us. Fulfilling the promise, made months ago, to integrate a robotic arm, Spot Arm, to its well-known Spot robot dog model, the company has published this week, on its YouTube channel, the new capabilities that have just arrived to Spot thanks to its new robotic arm.

First of all, it should be noted that, sooner or later, we will have to live with robots, and Boston Dynamics demonstrates with its new video that robots can come to fulfill functions that may not be to people’s liking.

As we can see in the video, Spot can now pick up dirty laundry from the floor and throw it into a basket that it will carry with it.

But he is also able to pick up a small shovel with which he can dig holes in the bush to plant new trees. This is a positive aspect, as it could lead to the possibility of having an army of robots in the future to reforest those areas where it is necessary.

And just as it is capable of picking up dirty clothes from the ground, it can also pick up waste from other places, especially public places. Spot also dares to move bricks, and even to write text with chalk on the ground almost perfectly.

If that were not enough, it is also capable of opening doors, activating industrial switches, opening valves, and in the video there is even a moment in which several of the company’s Spot robots get to play skipping rope, as you read, although the lack of a face makes it impossible to see their state of happiness.

Obviously, to do all these functions, Spot has a new API that allows the coordination of the arm with the integrated cameras and legs, also allowing manual control or activation of pre-programmed tasks.

It should also be noted that at the end of the arm there is a kind of hand with which to pick up objects, which also helps a lot. We do not know how far the evolution of the Boston Dynamics models will go, so we will have to wait for them to publish new amazing videos.