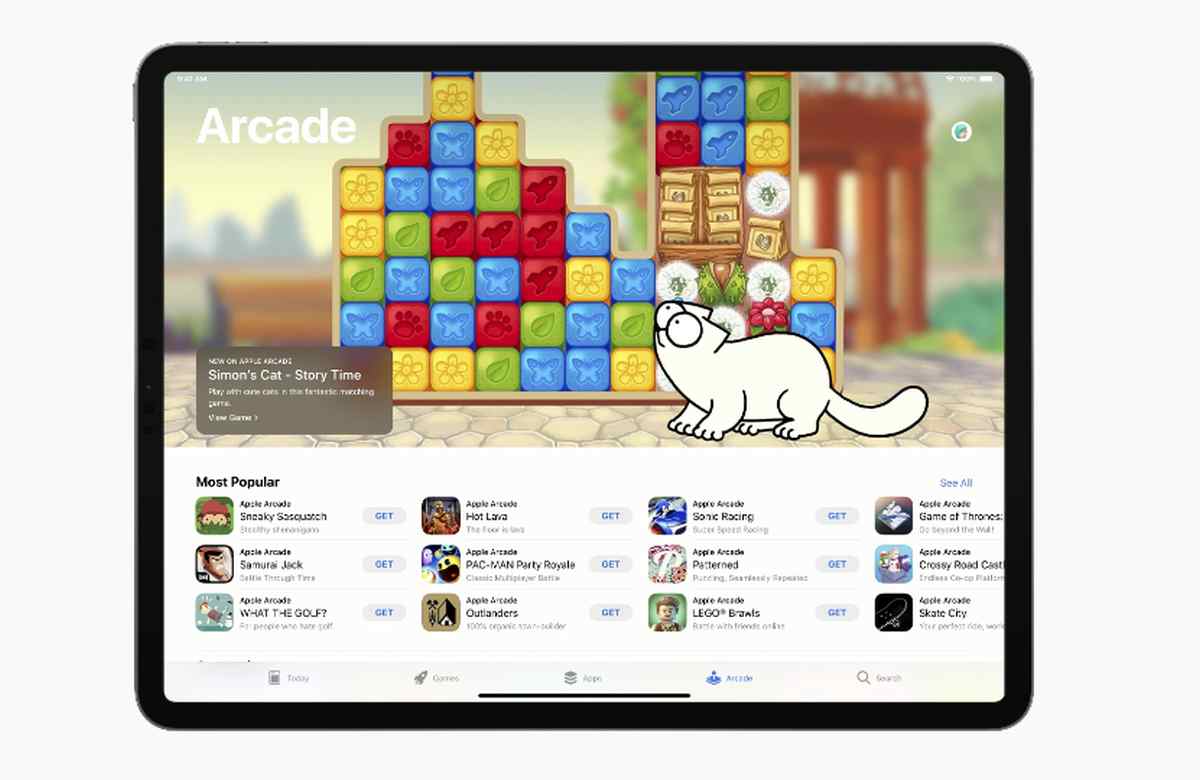 The technology firm Apple has just shaken up the cloud-based game streaming services segment by announcing the major expansion to date of its Apple Arcade platform, with the arrival of 32 new games and the appearance of two new categories.

In this sense, the catalog of Apple Arcade games now totals 180 different titles, including also those games that inaugurate the two new categories that now arrive: Timeless Classics, which will include versions of classic games of a lifetime, and App Store Greats, where there is a selection of the most successful game titles from Apple’s App Store.

Creating a varied offer of games to suit all tastes

The new Arcade Originals include NBA 2K21 Arcade Edition, Star Trek: Legends and The Oregon Trail, among others, while the new Timeless Classics category includes titles such as Really Bad Chess, Sudoku Simple and Backgammon, among others.

The App Store Greats category includes Monument Valley, Mini Metro and Fruit Ninja Classic, among others. It so happens that some of the titles in this category are still available on the App Store, while others have become incompatible with the most current versions of iOS, becoming sequels to them for Apple’s gaming platform.

In this regard, Apple keeps reminding us that its service can be enjoyed by up to six members of a family for a monthly fee of $4.99 per month, with a one-month free trial, with all its titles fully unlocked, no ads, no in-app purchases, and the company’s highest privacy standards.

While Arcade Originals can be enjoyed on iPhone, iPad, Mac and Apple TV, the titles in the two new categories are currently available for iPhone and iPad.

For Matt Fischer, vice president of the Apple App Store:

Today we’re launching our biggest expansion since the service debuted, and now offer more than 180 great games including new Arcade Originals, Timeless Classics and App Store Greats. Whether it’s new games created exclusively for Arcade like ‘NBA 2K21 Arcade Edition’, ‘Star Trek: Legends’ and ‘The Oregon Trail’, all-time App Store favorites like ‘Monument Valley’ and ‘Threes!’ or traditional games like ‘Chess’ and ‘Solitaire’, we have an incredible variety of gaming experiences for everyone.

Avanti, which wants to offer custody services for BTC and other digital assets as well as API-based payment services for wire transfers, raises $37M
Livelia, the furniture and decoration marketplace, opens with a pre-seed round of 115,000 euros