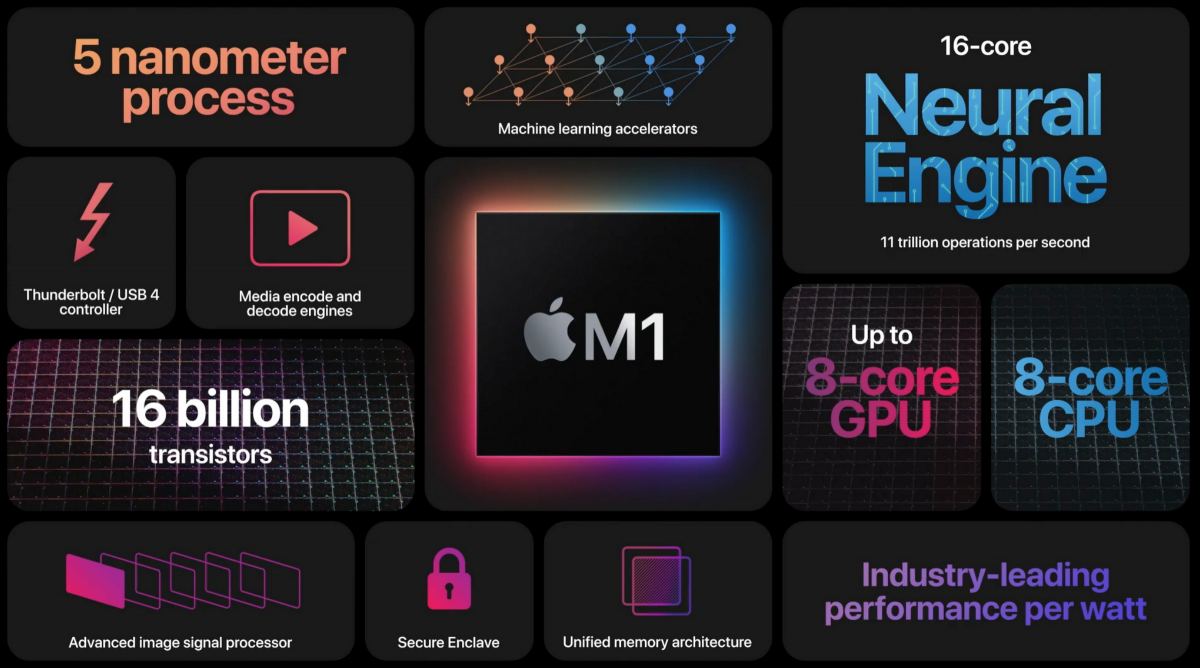 Apple has just unveiled its new M1 CPU with its own design, which aims to transfer the advantages we already know from the iPhone and iPad, to Mac computers. These are its powers.

The new Apple SoC for Mac with ARM architecture already has a name. It is called Apple M1 and, according to the company, is the PC CPU more powerful and less consumption of its category.

It is a processor developed with 5 nm technology, and 16,000 million transistors, exceeding all records.

Its main feature is that it integrates in a single chip different hardware that was previously distributed by the board, such as CPU, memory, Thunderbolt controller, etc.

In addition to the 8-core CPU, four of which are high performance, the SoC integrates a GPU (8-core graphics chip, and a 16-core neural chip, dedicated to artificial intelligence.

With this new proprietary ARM architecture, Apple ensures that the M1 offers up to 3 times more performance than an equivalent PC, with a consumption three times lower. The best performance per watt on the market.

To get the most out of the hardware, the new MacOS Big Sur operating system for ARM adapts to the new architecture, offering 3 times more performance, with almost instantaneous boot of the apps.