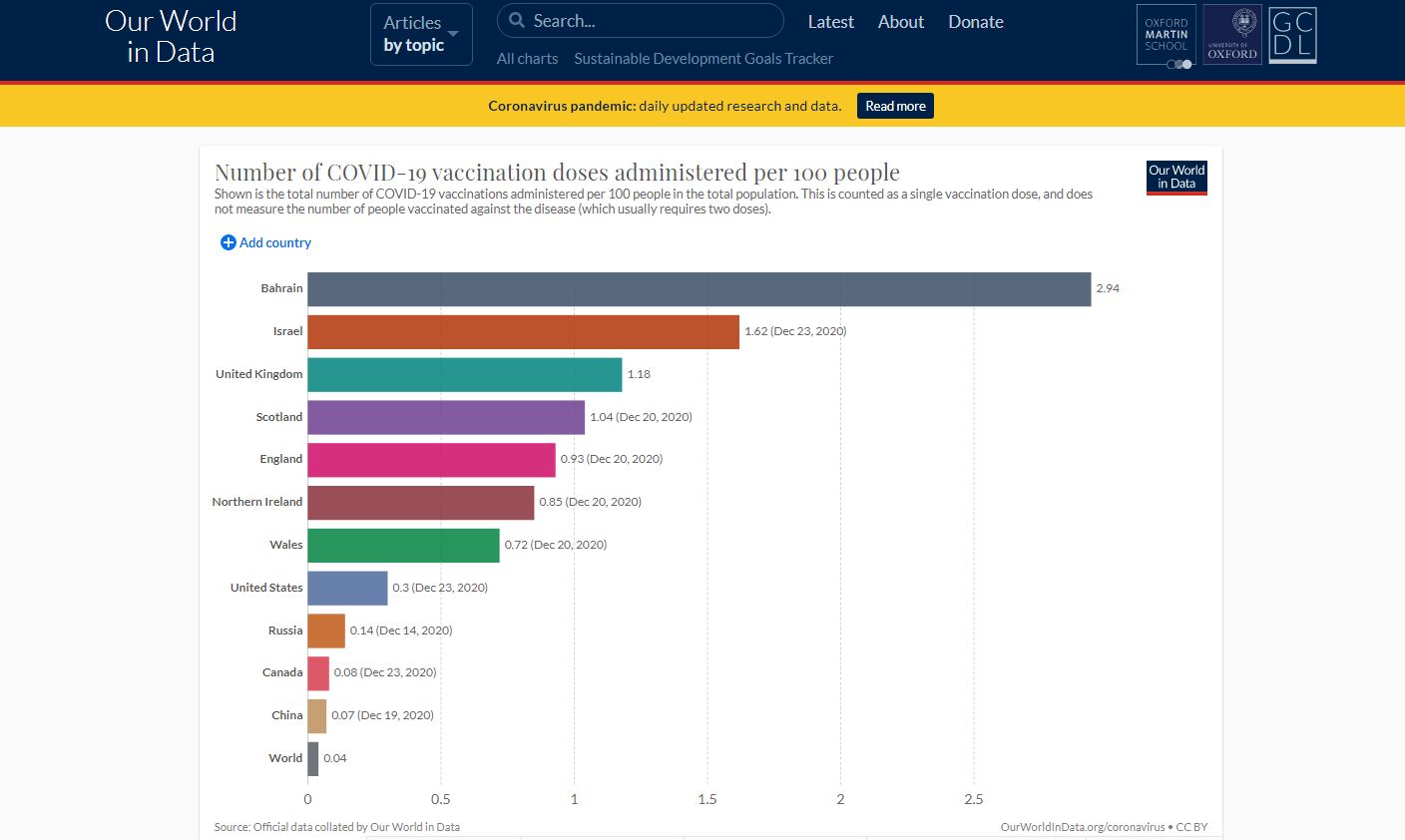 After months of experimentation and adjustments in the development of Covid-19 vaccines, the light at the end of the tunnel seems to be visible. This is because some of them have already been supplied to the population of some countries in order to generate immunity and to stop the advance of this virus.

Through a graph generated by the OurWorld In Data institute, it is possible to observe the percentage of doses of Covid-19 vaccines supplied in each country, according to the official data provided by each of them that made it possible to elaborate this graph, which you can consult in the GitHub data repository of OurWorld In Data.

Among the countries shown in the graph, Bahrain leads with a percentage of vaccine supplied of 2.9%, followed by Israel, the United Kingdom (with a breakdown of its countries) and the United States.

Spain has not yet appeared in the graph, as it will be from 27 December when the vaccines will begin to be supplied. It should be noted that Spain has accumulated a total of 1.8 million cases of contagion to date, as recalled in microservices.

In this sense, it is planned to receive a quantity of 4.5 million doses in a period of 12 weeks at a rate of two doses per person would give a reach for 2.25 million people in a period of 3 months. Once the second dose is received, immunity would arrive in 7 days.

Taking into account these forecasts would mean that by the beginning of April only 5% of the population of Spain will have been vaccinated, giving priority to at-risk populations such as elderly people in homes, health personnel, dependent people, etc.

Even if all those who have already passed through the disease acquire relative immunity to Covid-19, millions would still be susceptible to contracting this virus.