MetaKovan is the buyer of the $69M Beeple NFT 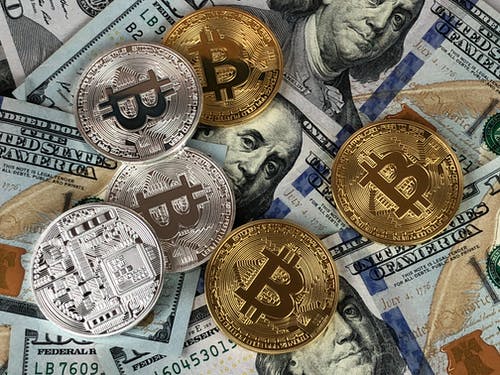 Metakovan is a well-known NFT investor, although no one knows who is behind this pseudonym. He has confirmed that it was he who bought Beeple’s $69 million digital artwork.

BeInCrypto reported yesterday that Christie’s closed the auction of Beeple’s NFT (non-fungible token) at around $70 million. It is also mentioned in the article that it is the first major auction house to have sold NFT. The buyer is known anonymously as Metakoven, and this is not the first time he has shaken up the digital community.

While no one knows who is behind the pseudonym Metakovan, we do know that he is a bigwig in the NFT universe. Metakovan is the co-founder of the NFT Metapurse collection. NFTs are collected and then displayed in virtual museums within the “metaverse”.

What little we know about this elusive gentleman is that he lives in Singapore and has bought himself a virtual sports car. He also owns Beeple’s largest collection of artwork, in addition to NFTs. In January, he split the stock to give anyone the opportunity to own a valuable piece of art. The principle behind Metapurse is simple, but powerful:

“What we want to do is decentralize and democratize art so that token holders around the world can share a valuable piece of history. And in the process, create wealth for the entire community.”

DeFi for all and all for one

Demand for NFT is going through the roof, so Metakovan’s strong interest in the market is no stranger to anyone. He is truly passionate about wealth sharing and decentralized finance (DeFi). If anyone is keeping an eye on him, it’s only a matter of time before Metakovan is found out, given that he will continue to keep an eye on the NFT market due to his strong interest.

Its irruption in the last two months has gone far beyond eccentricities with brands and companies like the NBA already starting to exploit it by putting small clips of their games on sale. But it also promises to change the scope of content creation on the Internet, until now subrogated to platforms.

If your head hasn’t warmed up yet, wait a bit, because NFTs could be the next digital revolution, or maybe just the bubble of the moment. Mind you, they didn’t come out of nowhere.

In practice, NFT tokens are metadata embedded in the digital file in question with as many specifications as you can imagine. If I acquire a Gif it will show for example the signature of the creator, its design date, when I acquired it… which has led to them being compared to digital passports because each ‘digital good’ contains a unique and non-transferable identity to distinguish it from others. They are also extensible, meaning that one NFT can be combined with another to engender a third unique NFT.

On the technical profile, NFTs work and are transferred by leveraging the Smart Contract technology of Ethereum, the well-known cryptocurrency. They evolved from the ERC-721 standard, which unlike the usual Smart Contract protocol that allows them to be divisible and exchangeable (which is necessary to create useful cryptocurrencies), fosters what is called ‘digital scarcity’. It is not unlike the concept of economic scarcity. Each NFT should be unique or have a limited number, so its value tends to rise.

Therefore, on the basis, buying and selling NFTs can only be done with Ethereum, although intermediate solutions have already been found, such as the one applied by the NBA itself, which accepts credit cards. In this context, NFT marketplaces such as Niftygateway or Valuable have also emerged for the sale of tweets.

Bubble or utility for physical goods too?

But we’re not just talking about memes. An NFT for a bottle of wine would facilitate interaction from producer to buyer. It would help track its provenance, production and sale throughout the entire process. The consulting firm Ernst & Young has already developed such a solution for one of its clients.

Non-fungible tokens can also be applied to identity management. Consider the case of physical passports that must be produced at each point of entry and exit. By converting individual passports into NFTs, each with its own identification characteristics, it is possible to streamline the entry and exit processes for different countries.

It is necessary to separate, therefore, the utility it may have for digital collectibles from unique goods that may have their physical reflection. The first option, as in the case of Beeple, solves the problem of the ‘signature’ and authenticity that until now have had sectors such as net-art or digital designs. The second may be a further application of blockchain in terms of traceability, where perhaps the real revolution may be found when this wave of millionaire sales of tweets, memes and crypto-gatites passes (or not).

When the bureaucracy kills your startup's passion
Nokia announces another workforce cut affecting up to 10,000 employees